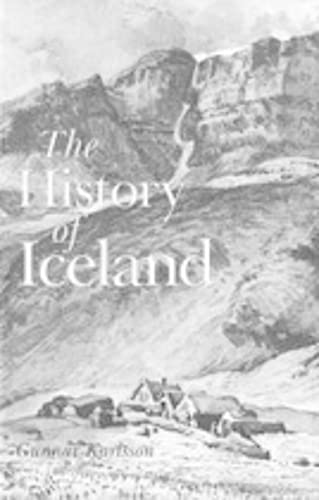 The History of Iceland

The History of Iceland

Iceland is unique among European societies in having been founded as late as the Viking Age and in having copious written and archaeological sources about its origin. Gunnar Karlsson, that country's premier historian, chronicles the age of the Sagas, consulting them to describe an era without a monarch or central authority. Equating this prosperous time with the golden age of antiquity in world history, Karlsson then marks a correspondence between the Dark Ages of Europe and Iceland's "dreary period", which started with the loss of political independence in the late thirteenth century and culminated with an epoch of poverty and humility, especially during the early Modern Age.

Iceland's renaissance came about with the successful struggle for independence in the nineteenth and early twentieth centuries, and with the industrial and technical modernization of the first half of the twentieth century. Karlsson describes the rise of nationalism as Iceland's mostly poor peasants set about breaking with Denmark, and he shows how Iceland in the twentieth century slowly caught up economically with its European neighbors.

Last updated: May 31, 2020 at 00:49 EST. Pricing information is provided by the listed merchants. GoSale.com is not responsible for the accuracy of pricing information, product information or the images provided. Product prices and availability is subject to change. Any price and availability information displayed on amazon.com or other merchants at the time of purchase will apply to the purchase of the product. As always, be sure to visit the merchant's site to review and verify product information, price, and shipping costs. GoSale.com is not responsible for the content and opinions contained in customer submitted reviews.

Find similar products to the The History of Iceland