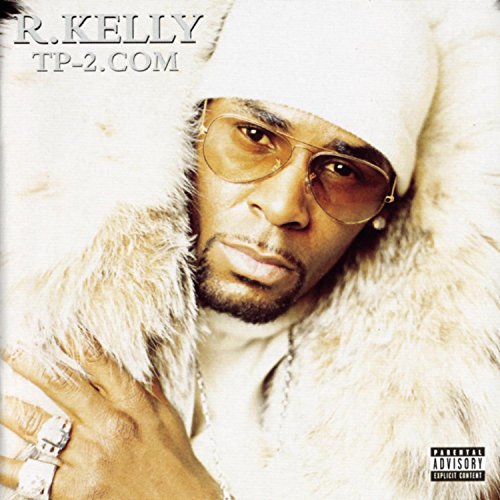 Editorial Review
The first single off of R. Kelly's TP-2.com, "I Wish," might be a moving memorial to a dead friend, but the main theme on his latest CD is sex. The first tip-off that Kelly has left the spirit world to concentrate on nookie is the CD title, which refers back to his mid-'90s smash 12 Play. Back then, Kelly made his name with a take-no-prisoners (if somewhat obvious) sensuality. Yet now this loveman sounds conflicted and ill at ease. He might offer to "Strip for You," he might lay claim for a girl who's "Like a Real Freak," he might even promise his lady "The Greatest Sex," but his manner is so tentative and so self-reflective it makes one wonder how hot the loving could really be. Kelly has been expanding his creative repertoire over the course of his past two CDs, and his latest motif is a sort of stream-of-consciousness style that constantly returns to the main thrust of the argument: a circular groove. At its best (the triumphant "I Wish"), this style is emotional and emphatic. At its worst, or when Kelly insists on using it over and over, it's the musical equivalent of having a drunk poke you in the arm repeatedly to make his point. On "Fiesta," Kelly literally builds a song out of this annoying rhythmic tic, and it's like he's on a treadmill, never getting anywhere. TP-2.com is raw and romantic, but it becomes too redundant to truly sustain the passion. --Amy Linden

Album Details
The King of R&B Lovers Rock Returns with his Smooth Grooves and Distinct Arrangements that Continue to Set Ladies' Hearts on Fire with Desire.

Last updated: July 14, 2020 at 03:54 EST. Pricing information is provided by the listed merchants. GoSale.com is not responsible for the accuracy of pricing information, product information or the images provided. Product prices and availability is subject to change. Any price and availability information displayed on amazon.com or other merchants at the time of purchase will apply to the purchase of the product. As always, be sure to visit the merchant's site to review and verify product information, price, and shipping costs. GoSale.com is not responsible for the content and opinions contained in customer submitted reviews.