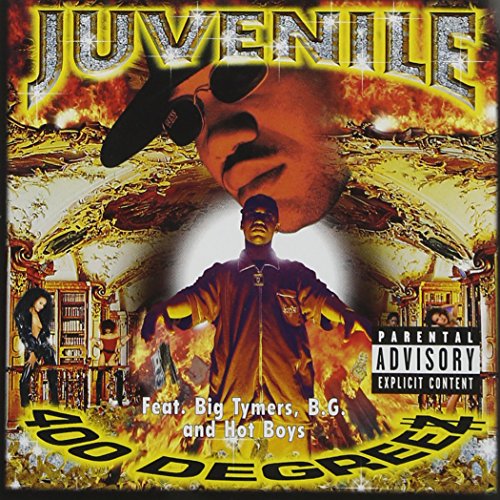 Editorial Review
Climbing on the burly shoulders of the No Limit record label, New Orleans's Cash Money Records leads the Dirty South's second assault on the ears of the rest of the country. But it wasn't until Juvenile's conversational "Ha," a furiously paced monologue dwelling on the details of everyday life, broke that the label was able to establish itself with a single that would snap northern necks. 400 Degreez, the album from which "Ha" is drawn, marks a high point in the South's musical output. Producer Manny Fresh--who's responsible for all the Cash Money production--rarely strays far from the region's bass roots, blending it with strings, keys, and other layers to make it more palatable to the masses. And it's Juvenile, with his hurried slurs, who dances the shimmy best, from the anthemic "Run for It" to the New York-ready braggadocio of "Juvenile on Fire," on which Fresh shakes it up like maracas on Cinco de Mayo. --Jon Caramanica

Last updated: August 08, 2020 at 10:08 EST. Pricing information is provided by the listed merchants. GoSale.com is not responsible for the accuracy of pricing information, product information or the images provided. Product prices and availability is subject to change. Any price and availability information displayed on amazon.com or other merchants at the time of purchase will apply to the purchase of the product. As always, be sure to visit the merchant's site to review and verify product information, price, and shipping costs. GoSale.com is not responsible for the content and opinions contained in customer submitted reviews.