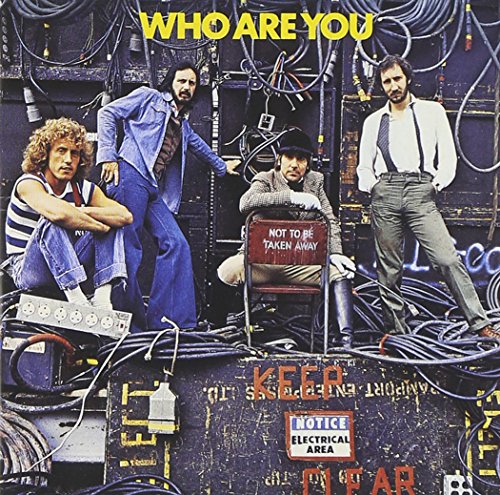 The Who - Who Are You The Who - Who Are You

Editorial Review
Posited between punk (Pete Townshend's instinctive ethos) and progressive (much of the music), Who Are You is ultimately a failed attempt to conciliate two camps that thrived on their opposition to one another. Neither the insurgent punks of Johnny Rotton's generation nor Townshend's comfortably numb peer group had the least need for one another. Townshend, on the other hand, seemed to want one thing from both forces: their contempt. It was something he could share with them. All of which led to one exceptional song (the title cut) and a handful of lesser statements (the modified minuet "Guitar and Pen," "Music Must Change," "New Song"). John Entwistle fills three song slots with the tactless "Had Enough," the slight but likable "905," and "Trick of the Light," an above-par classic-rock showcase for Roger Daltry. A generous five bonus tracks round out the reissue. --Steven Stolder

Last updated: January 19, 2021 at 10:48 EST. Pricing information is provided by the listed merchants. GoSale.com is not responsible for the accuracy of pricing information, product information or the images provided. Product prices and availability is subject to change. Any price and availability information displayed on merchants at the time of purchase will apply to the purchase of the product. As always, be sure to visit the merchant's site to review and verify product information, price, and shipping costs. GoSale.com is not responsible for the content and opinions contained in customer submitted reviews.

Find similar products to the The Who - Who Are You