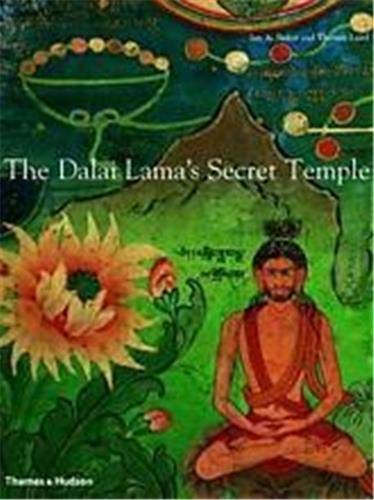 Editorial Review
Behind Tibet's Potala Palace--seat of the Dalai Lamas since 1649--lies a sacred pond said to be inhabited by serpentlike deities called Lu. There, on a willow-covered island in the middle of the lake, is a pagoda-roofed Khang, or temple. During the brief reign of the Sixth Dalai Lama, who built the temple in the eighteenth century, unknown artists created a series of mysterious paintings on the walls of the temple's private chapel. Comparable in quality and ambition to the Sistine Chapel in Rome, these masterpieces of Tibetan art are reproduced for the first time in this extraordinary publication. The chapel was reserved exclusively for the Dalai Lamas as a place of meditation and spiritual retreat. For centuries the Lukhang murals, which illustrate the path to spiritual liberation, guided the Dalai Lamas in a form of mystical contemplation called Dzogchen--the most secret practice in Tibet's Tantric tradition. Beyond their Tibetan origins, the murals display a universal spiritual vision. Merely to contemplate them, Tibetans believe, can open the mind to timeless spiritual truth. At the heart of this book are more than 150 color photographs of the murals and their temple, taken in the most difficult conditions by the American explorer-photographer Thomas Laird. Ian Baker's text, which places these remarkable works within their historical and cultural perspective, is augmented by accounts from other Tibetan sources. A special feature of the book is an introduction and quotations by Tenzin Gyatso, the Fourteenth Dalai Lama of Tibet, as well as additional drawings from Buddhist texts. This treasure of Tibetan Buddhist spirituality is presented in a magnificent large-format edition. The vivid detail, rich color, and awe-inspiring impact of this path to spiritual liberation can at last be experienced outside the Lukhang chapel. Introduction by Tenzin Gyatso, the Fourteenth Dalai Lama of Tibet.

Last updated: January 16, 2021 at 16:16 EST. Pricing information is provided by the listed merchants. GoSale.com is not responsible for the accuracy of pricing information, product information or the images provided. Product prices and availability is subject to change. Any price and availability information displayed on ebay.com or other merchants at the time of purchase will apply to the purchase of the product. As always, be sure to visit the merchant's site to review and verify product information, price, and shipping costs. GoSale.com is not responsible for the content and opinions contained in customer submitted reviews.