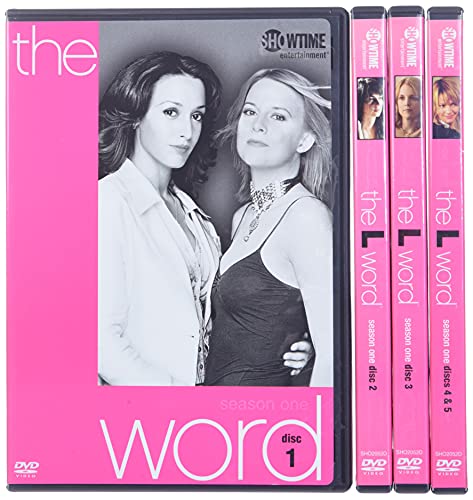 Editorial Review
Four years after Showtime made gay men the focus of its original series Queer as Folk, it was time for a little turnabout with The L Word (bad title, great show). Centering around a tight-knit group of lesbians in Los Angeles, this drama was far removed from its working-class male counterpart in both style and content. While the men of QAF enjoyed a fabulous if melodramatic life on the middle-class streets of Pittsburgh, the women of The L Word lived it up in sunny California, with gorgeous houses, glamorous careers, and sexy wardrobes. Ironically, though, The L Word adhered more to the everyday drama of ensemble shows like thirtysomething than the soap opera antics of QAF, and the results were surprisingly heartfelt and effective, appropriately stylish but never over the top. There was plenty of room for titillation, but creator Ilene Chaiken fashioned from the start a show centered on characters and not just sex, aiming for the heart rather than... well, other places.

The L Word focused primarily on committed couple Bette (Jennifer Beals) and Tina (Laurel Holloman), a former power-career duo who've decided to have a baby; however, artificial insemination and the changing dynamics of their relationship throw their previously happy existence off-kilter. Within their orbit are spunky journalist Alice (Leisha Hailey), sultry hairdresser Shane (Katherine Moenning), closeted pro tennis player Dana (Erin Daniels), and espresso bar owner Marina (Karina Lombard) who, in the show's most polarizing storyline, bedded the seemingly straight Jenny (Mia Kirschner) and shook up her heterosexual world. Jenny's am-I-straight-or-not kvetching frustrated both her fiancé (Eric Mabius) and many viewers, who were alternately irritated and intrigued by her inability to decide one way or the other. But Jenny's weakness was part of The L Word's strength: in exploring many sides of many issues, both domestic and political, it never came up with an easy answer for any of them, making the show all that more fascinating--and compulsively watchable. --Mark Englehart

Description
Set in the chic world of Los Angeles, this humor-laced dramatic series explores the lives of a group of lesbians, their friends, family and neighbors, The series take a smart, sexy and fun look at hopes, dreams and lives of these people as they deal with things like career struggles, relationships issues and the pressures of tying to start at family. The show provides a fresh look at...

Last updated: January 21, 2021 at 16:05 EST. Pricing information is provided by the listed merchants. GoSale.com is not responsible for the accuracy of pricing information, product information or the images provided. Product prices and availability is subject to change. Any price and availability information displayed on merchants at the time of purchase will apply to the purchase of the product. As always, be sure to visit the merchant's site to review and verify product information, price, and shipping costs. GoSale.com is not responsible for the content and opinions contained in customer submitted reviews.