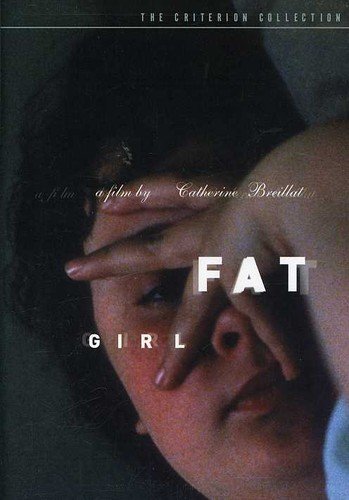 Editorial Review
Fat Girl is a typically shocking, utterly discomfiting provocation from director Catherine Breillat, whose excursions into female psychology and movie sexuality are anything but clinical. (See 36 Fillette and Romance for further proof.) Two adolescent sisters journey to the seaside on vacation with their parents; the younger sister is overweight and brooding, the older girl a beauty who attracts the attention of a smooth-talking boy. Much of the film is built around two painstaking seduction scenes, characteristically shot by Breillat with both comic and horrific overtones and long, uncomfortable takes. The final section then tips into an outright descent into hell--you can never let your guard down with Breillat. So complicated were the seduction scenes that Breillat subsequently made a feature about the shooting of them, Sex Is Comedy. Fat Girl was released under an alternate title, A ma soeur!, but Fat Girl, in English, is Breillat's original and preferred title. --Robert Horton

Description
Twelve-year old Anaïs is fat. Her older sister, Eléna, is a teenage beauty. While on vacation with her parents, Anaïs tags along behind Eléna, exploring the dreary seaside town. Eléna meets Fernando, an Italian law student, who seduces her with promises of love, as the ever-watchful Anaïs bears witness to the corruption of her sister’s innocence. Precise and uncompromising, Fat Girl (À Ma soeur!) is a bold dissection of sibling rivalry and female adolescent sexuality from one of contemporary cinema’s most controversial directors.

Last updated: January 21, 2021 at 14:57 EST. Pricing information is provided by the listed merchants. GoSale.com is not responsible for the accuracy of pricing information, product information or the images provided. Product prices and availability is subject to change. Any price and availability information displayed on merchants at the time of purchase will apply to the purchase of the product. As always, be sure to visit the merchant's site to review and verify product information, price, and shipping costs. GoSale.com is not responsible for the content and opinions contained in customer submitted reviews.