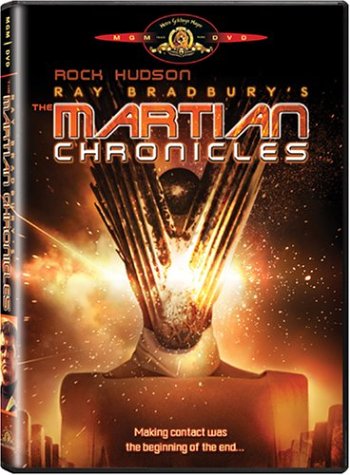 Editorial Review
With each passing year, this 1980 miniseries becomes more for those who have read Ray Bradbury's landmark novel. The three-part, nearly five-hour series keeps its brainy science fiction roots; this story (and the 1940s novel) is not about laser battles and exciting action pieces. Bradbury's novel is galvanized by the cold war nightmare: at the end of the 20th century, an earth teetering on world war begins to colonize Mars without much knowledge of the new world. Hard science is left for other stories, and director Michael Anderson (Logan's Run) keeps this retrofitting: for example, astronauts arrive on a breathable Mars in leisure suits. The space travel effects are clunky, but the action on Mars--with Assheton Gorton's geometric sets and simple props--are far more effective. There are Martians there, as the unprepared first Earthlings learn. Later, as the planet is quickly colonized, the remaining Martians are near specters--bringing awe and fear to those they encounter. Master sci-fi writer Richard Matheson (I Am Legend) smartly streamlines Bradbury's episodic stories, giving a central role to Col. John Wilder (played by Rock Huston, leading a plethora of solid, yet B-list actors). For those in love with cerebral science fiction, they can enjoy this dated but curious sci-fi miniseries; for those of think sci-fi began with Star Wars, beware. --Doug Thomas

Last updated: September 29, 2020 at 17:57 EST. Pricing information is provided by the listed merchants. GoSale.com is not responsible for the accuracy of pricing information, product information or the images provided. Product prices and availability is subject to change. Any price and availability information displayed on amazon.com or other merchants at the time of purchase will apply to the purchase of the product. As always, be sure to visit the merchant's site to review and verify product information, price, and shipping costs. GoSale.com is not responsible for the content and opinions contained in customer submitted reviews.

Find similar products to the The Martian Chronicles