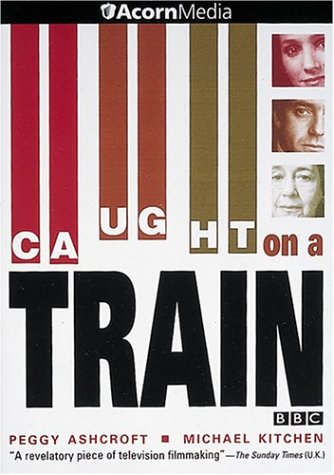 Caught on a Train

Caught on a Train

Editorial Review
An overnight train trip through Europe becomes a profoundly unsettling odyssey for a young English businessman in this award-winning BBC drama. Peter (Michael Kitchen) boards the Ostend-Vienna express on his way to an important meeting and is delighted to meet a potential companion, a free-spirited young American (Wendy Raebeck) traveling alone. Already crowded, their compartment is overrun by the arrival of an imperious Viennese dowager, Frau Messner (Dame Peggy Ashcroft). This vestige of Old Europe becomes Peter’s nemesis, by turns infuriating and fascinating him, while his relationship with the young American takes an unexpected course.

Last updated: October 28, 2020 at 15:31 EST. Pricing information is provided by the listed merchants. GoSale.com is not responsible for the accuracy of pricing information, product information or the images provided. Product prices and availability is subject to change. Any price and availability information displayed on amazon.com or other merchants at the time of purchase will apply to the purchase of the product. As always, be sure to visit the merchant's site to review and verify product information, price, and shipping costs. GoSale.com is not responsible for the content and opinions contained in customer submitted reviews.

Find similar products to the Caught on a Train