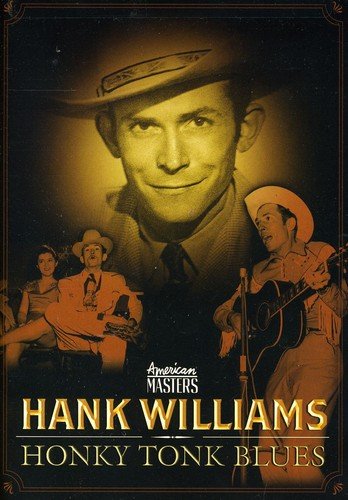 Editorial Review
Honky Tonk Blues is an expanded director's cut of an American Masters television special about Hank Williams, and every minute of it illuminates Williams's importance as a seminal artist and American archetype. Produced with an understated fascination for the country legend's gifts and demons that shortened his career, played havoc with his marriages, and led to a haunting death at 29, Honky Tonk Blues builds a seamless profile from rare footage and rich interviews with (among others) Rick Bragg, Big Bill Lister (Williams's longtime opening act), Hank Williams Jr., and members of Williams's backup band, the Drifting Cowboys. Williams's story, including his mentorship in the blues by Rufus "Tee Tot" Payne, childhood loneliness, and emergence as a whole-cloth singer-songwriter "who taught people it's okay to bear your soul in everyday language," is thoroughly compelling and resonates with many American originals (e.g., Kurt Cobain) who followed him. An outstanding documentary. --Tom Keogh

Last updated: October 28, 2020 at 15:06 EST. Pricing information is provided by the listed merchants. GoSale.com is not responsible for the accuracy of pricing information, product information or the images provided. Product prices and availability is subject to change. Any price and availability information displayed on amazon.com or other merchants at the time of purchase will apply to the purchase of the product. As always, be sure to visit the merchant's site to review and verify product information, price, and shipping costs. GoSale.com is not responsible for the content and opinions contained in customer submitted reviews.