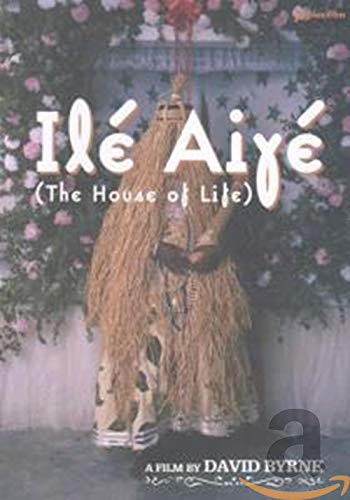 Ile Aiye (The House of Life) - A Film by David Byrne

Ile Aiye (The House of Life) - A Film by David Byrne

The House of Life - A Film by David Byrne

ILÉ AIYÉ explores the ways in which Candomblé has influenced the daily life and culture of the people of Brazil in music, art, religion, theater, food, dance, poetry and more. ILÉ AIYÉ uses experimental film techniques, music, and cultural observation to express the life and rituals of Candomblé and the symbolic manifestation of the Orishás, the deities which represent the wide range of natural and spiritual forces. The rhythms of the sacred drums and bells, a dance of spiritual ecstasy, offerings and sacrifices, divination and the visitation of the Orishás through trance are all part of the color and life of Candomblé.

Complemented by the original score from David Byrne recorded with Bahian musicians, the music in ILÉ AIYÉ includes ritual music recorded during ceremonies as well as popular Brazilian songs influenced by Candomblé.

Last updated: October 24, 2020 at 04:14 EST. Pricing information is provided by the listed merchants. GoSale.com is not responsible for the accuracy of pricing information, product information or the images provided. Product prices and availability is subject to change. Any price and availability information displayed on amazon.com or other merchants at the time of purchase will apply to the purchase of the product. As always, be sure to visit the merchant's site to review and verify product information, price, and shipping costs. GoSale.com is not responsible for the content and opinions contained in customer submitted reviews.