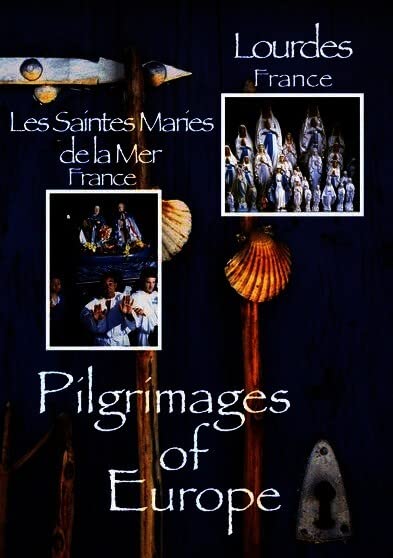 LOURDES, France
The story of the apparitions of the Virgin Mary in Lourdes has been recorded in detail in handwritten documents. In the mid-1800s Lourdes was an obscure village in the south of France at the foot of the Pyrenees. The Soubirous family was reduced to poverty when Monsieur Soubirous lost his job at the water mill due to an accident. Bernadette, his eldest child, was often sent to collect wood. On an icy day in February 1858, she saw a vision of a white lady in a grotto by the river. During the last of 18 apparitions, the lady revealed her identity, calling herself the Immaculate Conception. Each year, especially in summer, special trains depart from all points of Europe bound for Lourdes, which has become the major pilgrimage site for the sick and infirm. Large groups of bedridden patients and the disabled are acompanied by helpers, including doctors and nurses. They visit the site in the grotto where Mary appeared, and where so many have been cured by the holy waters.

LES SAINTES MARIES DE LA MER, France
This is the story of the two Marys, the mothers of the disciples John and Jacob, whose boat was shipwrecked off the coast of southern France. They had fled by sea after being banished from Palestine. Their boat began to sink near this small town in the Camargue, where the river Rhone flows into the Mediterranean. According to the legend, Sara, a gypsy, watched from the beach as the boat foundered. She spread her cloak and both Marys safely reached shore. They told Sara of Christ’s resurrection, and Sara asked the women to baptize her. Every year tens of thousands of gypsies from all over the world come here to worship their patron saint. In the morning they visit the crypt where the statue of Sara is displayed. Later in the day the statue is carried out to sea accompanied by a grand procession of gypsies.

Last updated: May 28, 2020 at 13:19 EST. Pricing information is provided by the listed merchants. GoSale.com is not responsible for the accuracy of pricing information, product information or the images provided. Product prices and availability is subject to change. Any price and availability information displayed on amazon.com or other merchants at the time of purchase will apply to the purchase of the product. As always, be sure to visit the merchant's site to review and verify product information, price, and shipping costs. GoSale.com is not responsible for the content and opinions contained in customer submitted reviews.