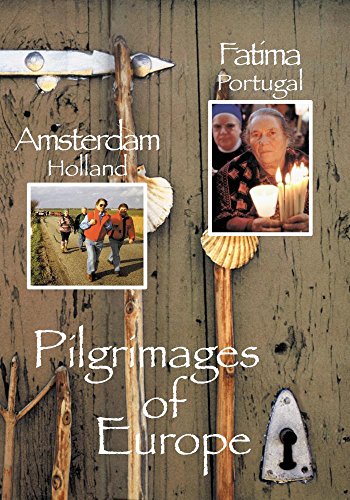 AMSTERDAM, The Netherlands
The history of Amsterdam as an ancient place of pilgrimage dates to the Middle Ages. In the 13th or 14th centuries, Amsterdam was a small settlement at the mouth of the river Amstel. It was also called Miracle City, and it owes that name to the Miracle of the Holy Sacrament. The story dates from March 13th, 1345, when a dying man was given the Sacrament of the Sick in his house on Kalverstraat. A chapel was built on the site. Medieval Amsterdam grew into an important place of pilgrimage. And every year on the 3rd Saturday in March, thousands of pilgrims from all over Holland take part in the procession. Most arrive by bus or train. But in many of the smaller towns surrounding Amsterdam the entire journey is made on foot, some pilgrims walking as many as forty miles to reach Amsterdam.

Fatima, Portugal
The history of Fatima can be traced to the beginning of the 20th Century. Three children witnessed the sudden appearance of the Holy Virgin beneath an oak tree, describing her as a "lady of white light." Mary instructed the children to recite the rosary every day. She appeared to them five times again that summer, her last appearance marked by a miracle, the "solar phenomenon" of Fatima. Several years later, two of the three children died. Lucia, ten years old at the time of the appearance, joined the Carmelite order of nuns, and began to proclaim the message she had received from the Holy Virgin to the world. Today, Fatima attracts over a million and a half pilgrims yearly. The trek to Fatima is usually done in exchange for a favor received. Pilgrims often make a promesa, a personal vow to do penance as a sign of their gratitude to the Virgin. For many, this means covering the last 500 yards on the marble floor to the Chapel of the Apparitions on their knees.

Last updated: May 28, 2020 at 13:07 EST. Pricing information is provided by the listed merchants. GoSale.com is not responsible for the accuracy of pricing information, product information or the images provided. Product prices and availability is subject to change. Any price and availability information displayed on amazon.com or other merchants at the time of purchase will apply to the purchase of the product. As always, be sure to visit the merchant's site to review and verify product information, price, and shipping costs. GoSale.com is not responsible for the content and opinions contained in customer submitted reviews.