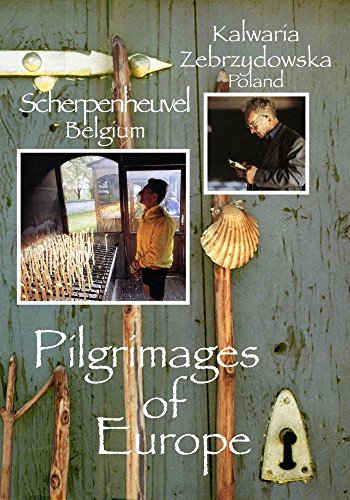 KALWARIA ZEBRZYDOWSKA, Poland
In the 17th century, Jerusalem fell into the hands of the Turks. The European aristocracy could no longer journey on pilgrimages to the Holy Land. They were forced to find an alternative. The Polish nobleman Zebrzydowski decided to have a replica of Calgary built on his estate. In the southern hills of Poland eight chapels appeared with a church and a monastery at the center. It was the work of a lifetime, enlarged and improved by his son and later, by his grandson. The holy site was entrusted to the care of the Bernardine order. Today, throughout the year, pilgrims flock to Kalwaria Zebrzydowska from the Czech Republic, Slovakia, Hungary and of course Poland itself. They walk the ancient Way of the Cross, stepping into the many chapels along the way to sing and pray.

SCHERPENHEUVEL, Belgium
The history of Scherpenheuvel, the Belgium place of pilgrimage, begins with an age-old legend. Around the year 1500 a shepherd found a statuette of Mary in an old oak tree on the Scherpe Heuvel (pointed hill) between the villages of Aarschot and Diest. When he tried to pick up the statuette he stopped as if petrified. He could not move. His worried master found him a few hours later, frozen in place, with the statuette in his hand. The master took it from the shepherd’s hands and placed it back in the tree. Only then could the man move again. Ever since then Scherpenheuvel has been an important pilgrimage site. Today, it is perhaps best known for its traditional annual walk, a walk of atonement during which the pilgrims travel on foot, beginning their journey in Antwerp. Some 35 miles long, it is often called "The Great Trek."

Last updated: May 28, 2020 at 08:01 EST. Pricing information is provided by the listed merchants. GoSale.com is not responsible for the accuracy of pricing information, product information or the images provided. Product prices and availability is subject to change. Any price and availability information displayed on amazon.com or other merchants at the time of purchase will apply to the purchase of the product. As always, be sure to visit the merchant's site to review and verify product information, price, and shipping costs. GoSale.com is not responsible for the content and opinions contained in customer submitted reviews.