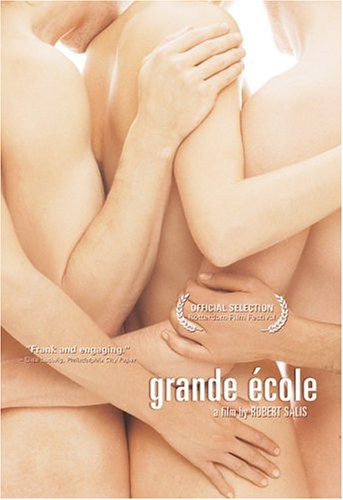 Editorial Review
Grande Ecole merges the delirious ogling of naked flesh with highfalutin' cultural theory from abstruse thinkers like Michel Foucoult--a whiplash-inducing combination that could only come from the French. Paul (Gergori Baquet), a middle-class student, arrives at a snooty economics school and finds himself lusting after his new roommate, the upper-class Louis-Arnault (Jocelyn Quivrin)--even though Paul already has a hot-and-heavy relationship with his luscious girlfriend Agnes (Alice Taglioni). Paul's sexual confusion leads him into an affair with a handsome Arab groundskeeper named Mecir (Salim Kechiouche), who falls helplessly in love with Paul. Grande Ecole awkwardly combines race and class consciousness, the defense of a death-row inmate in Texas, and an extensive shower scene with the school's water polo team--but what finally gives it heart is Mecir, whose love for Paul seems doomed to tragedy. --Bret Fetzer

Last updated: September 29, 2020 at 01:59 EST. Pricing information is provided by the listed merchants. GoSale.com is not responsible for the accuracy of pricing information, product information or the images provided. Product prices and availability is subject to change. Any price and availability information displayed on amazon.com or other merchants at the time of purchase will apply to the purchase of the product. As always, be sure to visit the merchant's site to review and verify product information, price, and shipping costs. GoSale.com is not responsible for the content and opinions contained in customer submitted reviews.