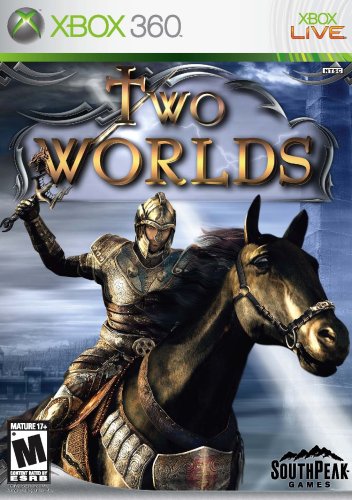 Features:Product Description
In Two Worlds you'll enter a world where a dark crusade is brewing and darker plans are being made, out of sight. Thousands of years ago, hordes of orcs invaded the more civilized lands. Aziraal, the Orcish god of war, was killed in battle, forcing the orcs to withdraw to the southern wastelands. When a dwarven mining expedition uncovers an ancient tomb, the Orcs believe it to be their fallen god. A holy war ignites, but the real danger lies elsewhere. A powerful force churns silently - weaving a secret plot of fear and destruction. In the end, one of the Two Worlds will remain. Use traps and snares to make gameplay more flexible & strategic Combat system combines intuitive steering, tactical challenges and movie-like visual experiences

Last updated: May 31, 2020 at 03:02 EST. Pricing information is provided by the listed merchants. GoSale.com is not responsible for the accuracy of pricing information, product information or the images provided. Product prices and availability is subject to change. Any price and availability information displayed on amazon.com or other merchants at the time of purchase will apply to the purchase of the product. As always, be sure to visit the merchant's site to review and verify product information, price, and shipping costs. GoSale.com is not responsible for the content and opinions contained in customer submitted reviews.