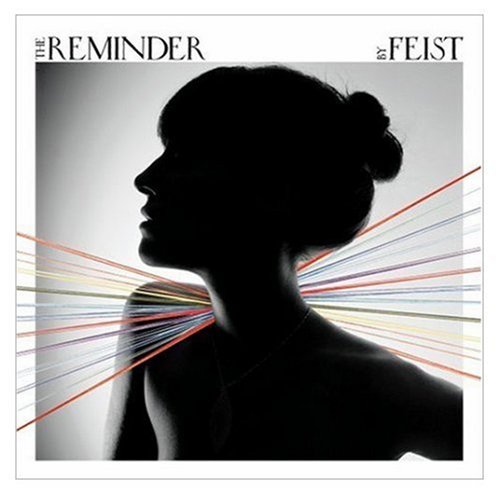 Editorial Review
Feist is the solo project of Canada's Leslie Feist, a prolific artist who has also played in one capacity or another with Broken Social Scene, Kings of Convenience and half a dozen other bands. The Reminder, her third release, comes from the same well of quiet, appealing songwriting, and delicate vocalizations that made 2004's Let It Die such a sweet treat. This one is a bit more hushed and ballad heavy, closer to Cat Power than Peaches (with whom Feist has also worked with in the past) but maintains an indie-minded blend of confessional pop, jazzy folk, and lo-fi torch songs. The comparatively upbeat single "My Moon My Man" splits her voice off into unexpected harmonies, just dissonant enough to stick in your head. It's hard to predict where her melodies are going to end up; "Brandy Alexander" starts with a simple snap-pulse, and gradually unfolds into a cathartic chorus of sweeping vocal overlays. Throughout, the record profits from a simple, unfussy aesthetic that keeps the production minimal and the emphasis squarely on Feist's cracking, wistful vibrato. Everything sounds deliberate, but not obsessed over, like an e-mailed wedding invitation. It's a low-pressure vibe, welcoming and content to linger. And linger you will. --Matthew Cooke

Last updated: March 30, 2020 at 08:31 EST. Pricing information is provided by the listed merchants. GoSale.com is not responsible for the accuracy of pricing information, product information or the images provided. Product prices and availability is subject to change. Any price and availability information displayed on amazon.com or other merchants at the time of purchase will apply to the purchase of the product. As always, be sure to visit the merchant's site to review and verify product information, price, and shipping costs. GoSale.com is not responsible for the content and opinions contained in customer submitted reviews.

Find similar products to the Feist - The Reminder