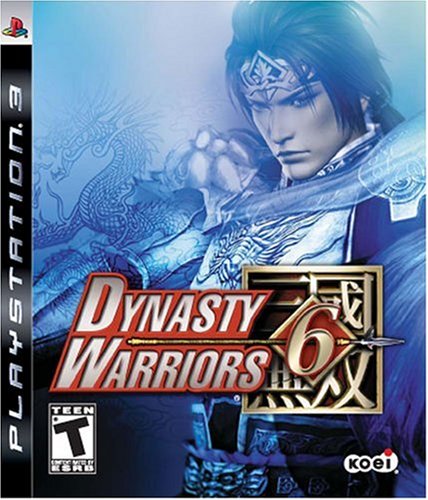 Features:Product Description
Dynasty Warriors 6 will deliver the massive scale and realistic atmosphere that players have come to expect from the series, but will redefine the Dynasty Warriors' Tactical Action experience. With a new fighting system and entirely new action and motion, players can string together fighting moves and experience gameplay that closely resembles the action of a kung-fu movie. These changes The new combo system, tentatively called the "Renbu" system, requires specific button presses to unleash a variety of dazzling moves that will mimic the fighting movements seen in a Chinese martial arts movies. The system, uses a Combo Gauge, which as it fills up, increases the Combo Level, which in turn allows the character to unleash even more powerful attacks and moves. The objective of this "Renbu" system is to add more visual stimulation while providing a sense of control over the action on screen.
Famous events of the Romance of the Three Kingdoms such as sieges and large scale ship battles, were previously shown only through event scenes. Now these exciting moments will be portrayed in real-time, with in-game action sequences. Players will not only see these events, but live them, thereby recreating the feeling of actually being on the battlefield in ancient China.

Last updated: September 23, 2020 at 17:43 EST. Pricing information is provided by the listed merchants. GoSale.com is not responsible for the accuracy of pricing information, product information or the images provided. Product prices and availability is subject to change. Any price and availability information displayed on amazon.com or other merchants at the time of purchase will apply to the purchase of the product. As always, be sure to visit the merchant's site to review and verify product information, price, and shipping costs. GoSale.com is not responsible for the content and opinions contained in customer submitted reviews.