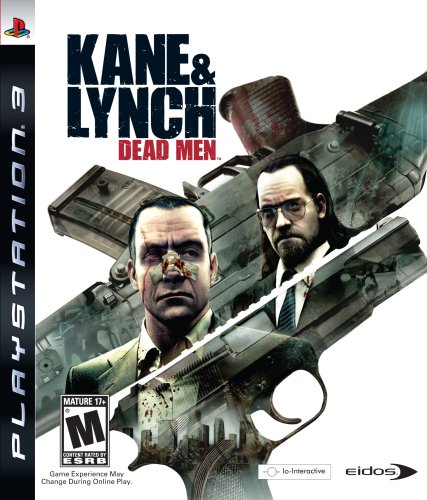 Features:Product Description
After the tragic death of his son, Kane leaves his family and becomes a member of The 7 - an elite mercenary group. After years of being at the top of their game, a mission in Venezuela goes terribly wrong. Kane escapes with the loot as the only survivor, but is caught and sentenced to death. However, not all of The 7 did die. They want the loot back and they want to deliver the punishment due to a traitor - death to him and his family. Kane is busted out of the prison van and offered a deal by The 7 - he'll still be killed, but his wife and daughter will be spared if he returns the loot. Lynch, a medicated psychopath sentenced to death for the murder of his wife, is busted out of prison with Kane to be his watchdog and make sure he fulfils the deal. An experienced mercenary with everything to lose and an unpredictable psychopath with everything to gain, Kane and Lynch are thrown together in an intense, volatile alliance. No means are too harsh as they fight to save Kane's family and take revenge on The 7, hating each other every step of the way. A new breed of action in a brutal tale of loyalty, loss and revenge. Intense, hard-edged action gameplay. Explosive squad-based combat with intuitive squad control (optional). Co-op mode - play as both Kane and Lynch. Treacherous online multiplayer mode. Intensely high-quality graphics Incredible soundtrack from the composer behind the Hitman series ESRB Rated M for Mature

Last updated: December 01, 2020 at 10:02 EST. Pricing information is provided by the listed merchants. GoSale.com is not responsible for the accuracy of pricing information, product information or the images provided. Product prices and availability is subject to change. Any price and availability information displayed on amazon.com or other merchants at the time of purchase will apply to the purchase of the product. As always, be sure to visit the merchant's site to review and verify product information, price, and shipping costs. GoSale.com is not responsible for the content and opinions contained in customer submitted reviews.