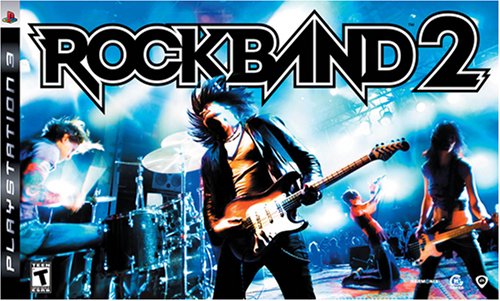 
Continue Your Rock and Roll Fantasy

Rock Band 2 lets you and your friends take your band on an even more expansive and immersive world tour - in person or online - and continue your rock and roll fantasy.

Harmonix, deliver Rock Band 2, the next step to the platform that lets audiences of all ages interact with music in an all-new way. Rock Band 2 lets players vicariously jam out as some of the best guitarists, bassists, drummers and singers of all time.

Featuring a track list with more than 100 on-disc and downloadable tracks from...
[+] Read More

Last updated: May 31, 2020 at 07:58 EST. Pricing information is provided by the listed merchants. GoSale.com is not responsible for the accuracy of pricing information, product information or the images provided. Product prices and availability is subject to change. Any price and availability information displayed on amazon.com or other merchants at the time of purchase will apply to the purchase of the product. As always, be sure to visit the merchant's site to review and verify product information, price, and shipping costs. GoSale.com is not responsible for the content and opinions contained in customer submitted reviews.