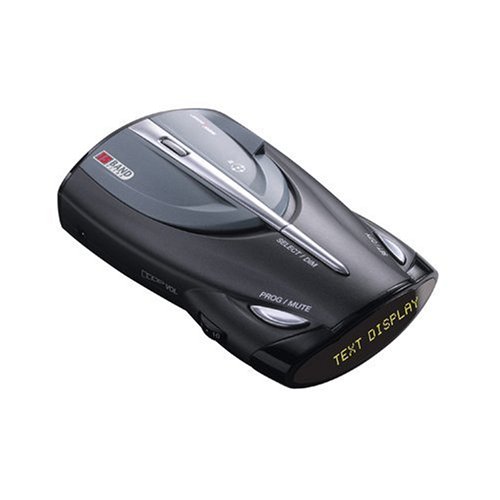 Editorial Review
The XRS 9645 provides total protection and peace of mind with Xtreme Range Superheterodyne Technology, detecting all 15 radar/laser bands with its super-fast lock-on detection circuitry. The unit provides extra detection range and the best possible advance warning to even the fastest of POP mode radar guns. Other features include DigiView Text Display, an 8-point electronic compass, and much more.

Total protection and peace of mind.

System Ready Prompt
Notifies the user that the radar detector has correctly completed a self-test and is ready.

Spectre Alert I/IV
Alerts user when they are under surveillance of Spectre I/IV radar detector-detectors.

Set Price Alert
Set Price Alert
Searching Stores
Found at 0 Stores
Last updated: January 20, 2020 at 09:51 EST. Pricing information is provided by the listed merchants. GoSale.com is not responsible for the accuracy of pricing information, product information or the images provided. Product prices and availability is subject to change. Any price and availability information displayed on amazon.com or other merchants at the time of purchase will apply to the purchase of the product. As always, be sure to visit the merchant's site to review and verify product information, price, and shipping costs. GoSale.com is not responsible for the content and opinions contained in customer submitted reviews.