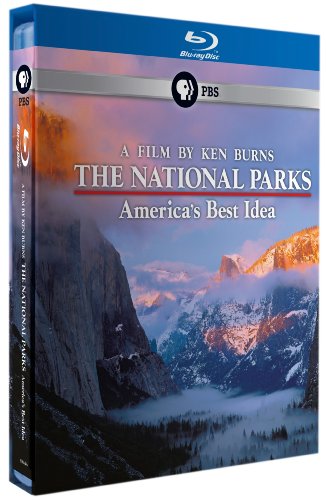 Product Description
The National Parks (six episodes, twelve hours) tells the human history of five of the nation’s most important and most heavily visited National Parks (Yellowstone, Yosemite, Grand Canyon, Acadia, and Great Smoky Mountains) and the unforgettable Americans who made them possible. Set against some of the most beautiful landscapes on earth, each park’s story is filled with incidents and characters as gripping and fascinating as American history has to offer. Woven into the series will also be a broader, evolving story of the very idea of National Parks, as uniquely an American concept as jazz, baseball, and the Declaration of Independence as well as the expanding, constantly changing National Parks system (encompassing stories from other parks) and the growing role they all have come to play in our nation's sense of itself, its past, and its future.


"The National Parks" is the story of an idea as uniquely American as the Declaration of Independence: that the most special places in the nation should be preserved for everyone. The series traces the birth of the national park idea in the mid-1800s and follows its evolution for nearly 150 years, chronicling the addition of new parks through the stories of the people who helped create them. Languages and Subtitles: English and Spanish, Behind-the-Scenes Featurettes, Documentary, Interviews, Outtakes, Descriptive Video for the Visually Impaired. "The Making of 'The National Parks'"; "Capturing the Parks"; "Musical Journeys through 'The National Parks'"; "'The National Parks': This Is America"; "Contemporary Stories from America's National Parks".
[+] Read More

Last updated: July 05, 2020 at 08:47 EST. Pricing information is provided by the listed merchants. GoSale.com is not responsible for the accuracy of pricing information, product information or the images provided. Product prices and availability is subject to change. Any price and availability information displayed on amazon.com or other merchants at the time of purchase will apply to the purchase of the product. As always, be sure to visit the merchant's site to review and verify product information, price, and shipping costs. GoSale.com is not responsible for the content and opinions contained in customer submitted reviews.