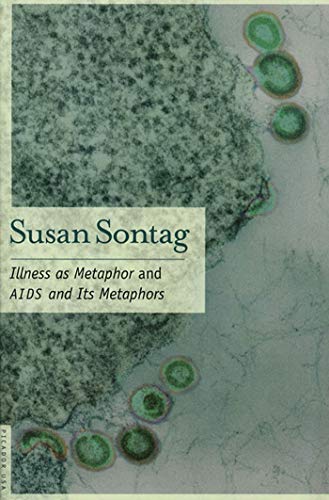 Illness as Metaphor & AIDS and Its Metaphors

Illness as Metaphor & AIDS and Its Metaphors

Editorial Review
In 1978 Susan Sontag wrote Illness as Metaphor, a classic work described by Newsweek as "one of the most liberating books of its time." A cancer patient herself when she was writing the book, Sontag shows how the metaphors and myths surrounding certain illnesses, especially cancer, add greatly to the suffering of patients and often inhibit them from seeking proper treatment. By demystifying the fantasies surrounding cancer, Sontag shows cancer for what it is--just a disease. Cancer, she argues, is not a curse, not a punishment, certainly not an embarrassment and, it is highly curable, if good treatment is followed.

Almost a decade later, with the outbreak of a new, stigmatized disease replete with mystifications and punitive metaphors, Sontag wrote a sequel to Illnessas Metaphor, extending the argument of the earlier book to the AIDS pandemic.

These two essays now published together, Illnessas Metaphor and AIDS and Its Metaphors, have been translated into many languages and continue to have an enormous influence on the thinking of medical professionals and, above all, on the lives of many thousands of patients and caregivers.

Last updated: May 29, 2020 at 06:00 EST. Pricing information is provided by the listed merchants. GoSale.com is not responsible for the accuracy of pricing information, product information or the images provided. Product prices and availability is subject to change. Any price and availability information displayed on amazon.com or other merchants at the time of purchase will apply to the purchase of the product. As always, be sure to visit the merchant's site to review and verify product information, price, and shipping costs. GoSale.com is not responsible for the content and opinions contained in customer submitted reviews.