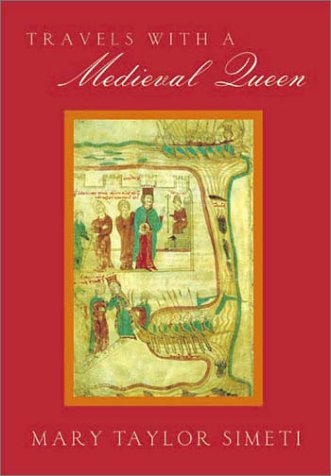 Travels with a Medieval Queen

Travels with a Medieval Queen

The medieval queen in question is Constance of Hauteville, daughter of the Norman King Roger II of Sicily, wife of the Holy Roman Emperor Henry VI, and mother to the Emperor Frederick II. In 1194, at the age of forty, Constance journeyed from Germany south to reconquer her father's throne. On the way she discovered that she was pregnant for the first time. She decided to give birth in public so that the world would know the child was truly hers. These intriguing facts, and very few others, are all we know directly of Constance's life.

Seventeen years ago, Mary Taylor Simeti promised in On Persephone's Island--her now-classic memoir of an American in Sicily--that she would someday tell the story of Constance (who was, like her, an expatriate and the mother of a bicultural family). In Travels with a Medieval Queen, Simeti keeps her promise: retracing Constance's route from Germany to Sicily, contrasting the exotic setting of Constance's childhood in Palermo with that of her married life in the north, and drawing on reading in contiguous fields to flesh out a spare legacy of historical facts. This is the beautifully illustrated chronicle of Simeti's twentieth-century travels, first in books, then on the road, as she searches the landscapes and the monuments that survive from the twelfth century for clues to the inner life of a mother who was also a monarch.

Last updated: January 28, 2021 at 05:56 EST. Pricing information is provided by the listed merchants. GoSale.com is not responsible for the accuracy of pricing information, product information or the images provided. Product prices and availability is subject to change. Any price and availability information displayed on merchants at the time of purchase will apply to the purchase of the product. As always, be sure to visit the merchant's site to review and verify product information, price, and shipping costs. GoSale.com is not responsible for the content and opinions contained in customer submitted reviews.

Find similar products to the Travels with a Medieval Queen