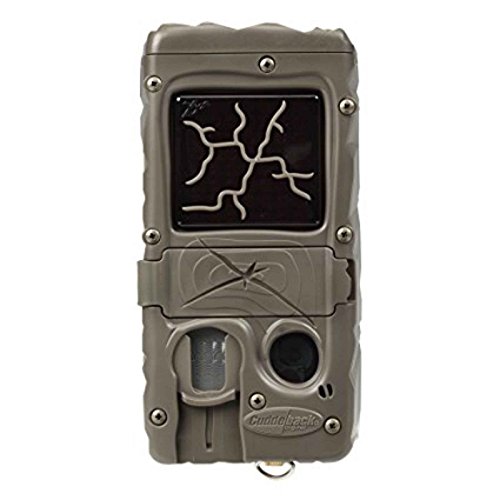 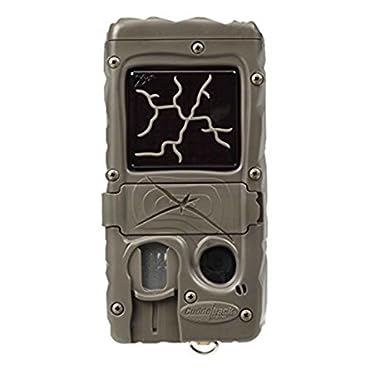 Features:Product Description
Before the next hunting season begins, be sure to get the complete picture of your property by investing in the Cuddeback Dual Flash 20MP Invisible Infrared Game Camera, a trail cam that gives you unparalleled reconnaissance potential to see when, where, and how the deer are moving. This 20-megapixel camera features a 100-foot range, an industry leading 0.25-second trigger speed, and a 1-2 second recovery speed to ensure you're capturing more high-quality images than ever. In addition, this camera features invisible black infrared flash, meaning game won't be startled away when it goes off. With both Advanced and EZ settings control, as well as time-lapse, camera delay, burst, and day or night video with sound modes, this Cuddeback has more ways than ever to scout your property. Power up your Cuddeback Dual Flash 20MP Invisible Infrared Game Camera with 4 D batteries (not included) for a battery life of 12 months or 10,000 images. Use an SD card (not included) for long term recon and extra memory storage. A hunter is only as good as his gear, so choose the Cuddeback Dual Flash today.

Cuddeback s Dual Flash revolutionizes trail cameras. No other camera on the market can do what Dual Flash does. Trail camera users have learned that IR has better illumination range, but Black Flash is totally invisible. Neither illumination is better, they are just different for different applications. With built in IR and Black Flash, Cuddeback CuddeLink G Series Dual Flash 20MP Trail Camera is ready for all users in all situations. Program Dual Flash to use IR or Black Flash, or select IR for images and Black Flash for videos or any combination you wish. Top of the Line PerformanceFeaturing an industry leading second trigger speed that captures the deer that so many other cameras would miss. Add Super-Fast Recovery Speed that is ready for the next picture within 1 second of taking the first, and the result is Cuddeback can capture 2 photos before many cameras can capture the first. And the pictures are incredible. 20MP images with stunning daylight color and black/white night images. On top of the performance, Caddeback added a ton of cool and innovative features, such as Zone Control, separate...
[+] Read More

Last updated: February 22, 2020 at 12:34 EST. Pricing information is provided by the listed merchants. GoSale.com is not responsible for the accuracy of pricing information, product information or the images provided. Product prices and availability is subject to change. Any price and availability information displayed on amazon.com or other merchants at the time of purchase will apply to the purchase of the product. As always, be sure to visit the merchant's site to review and verify product information, price, and shipping costs. GoSale.com is not responsible for the content and opinions contained in customer submitted reviews.