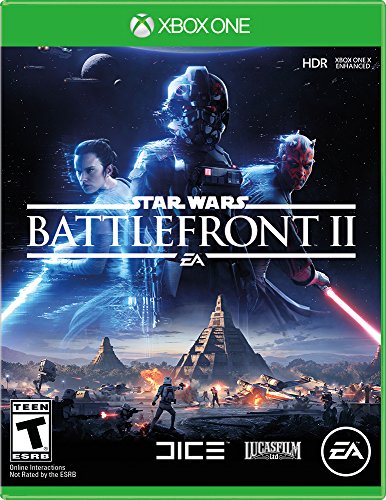 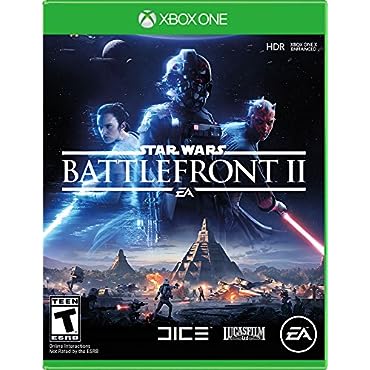 Embark on an endless Star Wars action experience from the bestselling Star Wars HD videogame franchise of all time.

Rush through waves of enemies on Starkiller Base with the power of your lightsaber in your hands. Storm through the jungle canopy of a hidden Rebel base on Yavin 4 with your fellow troopers, dispensing firepower from AT-STs. Line up your X-wing squadron for an attack on a mammoth First Order Star Destroyer in space. Or rise as a new Star Wars hero - Iden, an elite Imperial special forces soldier - and discover an emotional and gripping single-player story spanning thirty years.

Experience rich and living Star Wars multiplayer battlegrounds across all three eras: prequel, classic, and new trilogy. Customize and upgrade your heroes, starfighters, or troopers, each with unique abilities to exploit in battle. Ride tauntauns or take control of tanks and speeders. Down Star Destroyers the size of cities, use the Force to prove your worth against iconic characters such as Kylo Ren, Darth Maul, or Han Solo, as you play a part in a gaming experience inspired by 40 years of timeless Star Wars films.

You can become the master of your own Star Wars hero's journey.

A New Hero, a Story Untold
Jump into the boots of an elite special forces soldier, equally lethal on the ground and space, in an emotionally gripping new Star Wars campaign that spans over 30 years and bridges events between the films' Star Wars: Return of the Jedi and Star Wars: The Force Awakens.

The Ultimate Star Wars Battleground
A Star Wars multiplayer universe unmatched in variety and breadth where up to 40 players fight as iconic heroes, authentic-to-era troopers and in a massive...

Last updated: May 28, 2020 at 17:46 EST. Pricing information is provided by the listed merchants. GoSale.com is not responsible for the accuracy of pricing information, product information or the images provided. Product prices and availability is subject to change. Any price and availability information displayed on amazon.com or other merchants at the time of purchase will apply to the purchase of the product. As always, be sure to visit the merchant's site to review and verify product information, price, and shipping costs. GoSale.com is not responsible for the content and opinions contained in customer submitted reviews.