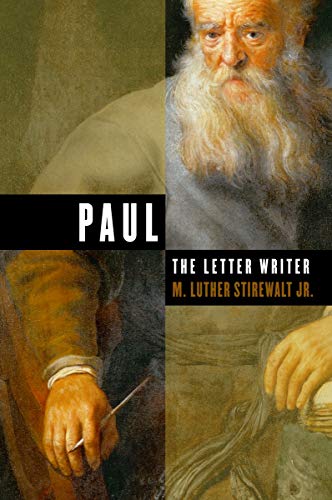 Editorial Review
This engaging study shows how Paul's stylized use of the official Roman letter — a form of communication of great social import in his day — played a crucial role in his apostolic ministry, conveying both his self-identity and sense of authority.

M. Luther Stirewalt describes the logistics of letter writing in the first-century Mediterranean world and shows how official letters served to substitute for speeches to an audience, to convey executive, official, or bureaucratic matters, or to bring complaints or petitions from citizens to officials. He then shows how Paul structured his apostolic correspondence after these models of writing, drawing evidence directly from seven Pauline epistles: 1 Thessalonians, 1 and 2 Corinthians, Philippians, Philemon, Galatians, and Romans.

Cutting a new angle on Paul's purposes, his ministry, and his pastoral concerns, Stirewalt's "Paul, the Letter Writer" will appeal to readers of the Bible and ancient history.

Last updated: April 10, 2020 at 14:07 EST. Pricing information is provided by the listed merchants. GoSale.com is not responsible for the accuracy of pricing information, product information or the images provided. Product prices and availability is subject to change. Any price and availability information displayed on amazon.com or other merchants at the time of purchase will apply to the purchase of the product. As always, be sure to visit the merchant's site to review and verify product information, price, and shipping costs. GoSale.com is not responsible for the content and opinions contained in customer submitted reviews.

Find similar products to the Paul, the Letter Writer